Just recently was reminded of this show and wanted to do some art for it, still need some more practice though. Enjoy Man oh man now its starting to show how rusty I am. Back to the drawing board boys this ones busted lol It’s been a while, glad to see everyone is doing well. I know its been a while but I had computer issues for a while and I finally got everything sorted and all my software ported over to the new system and now I can do art again 😀 It’s been a year so this one took me longer than it should have but its only a start for much much more. It’s beed a while since I’ve touched 3d (Last post being in June of last year) So this is me breaking that hiatus and getting the ball rolling on some 3D art, I’m rusty so this was just some practice using a Tattoo Model that came across my News Feed. Look for more work coming soon. 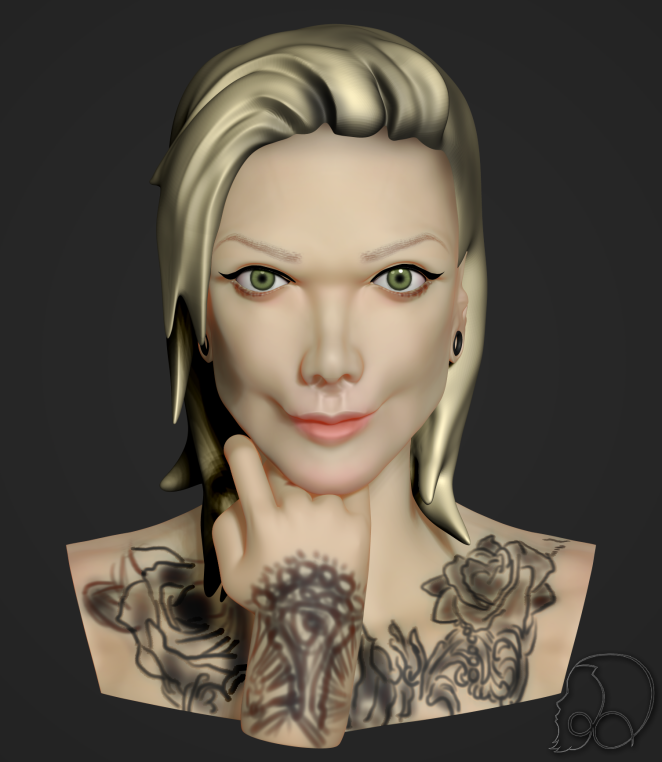 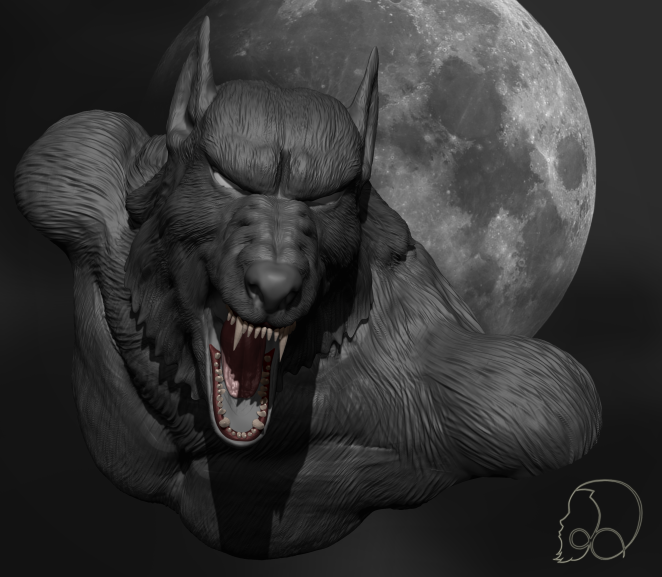 I think I spent a 4 hour class period working on the first werewolf trying to learn the program and figure out what I wanted. This one took 2 hours

Did yoda tonight, since the face didn’t take me as long I decided to try going to the full body, the details are a bit smoothed out on the posed version due to technical difficulties. 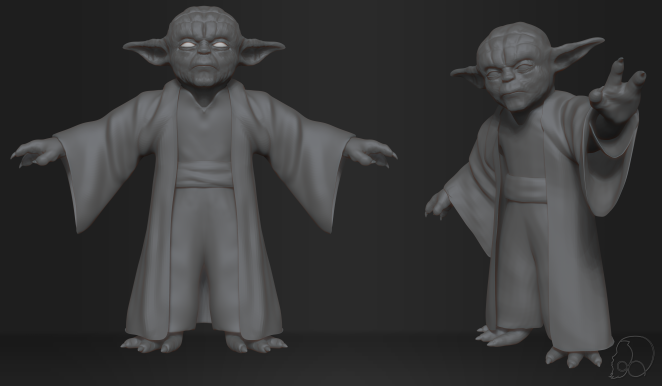 Daredevil baby! Amazing Netflix series so I use the costume design from the show for reference.

Zombie me I guess, just need a nice silver platter of brains and I’ll be aallllll gooood.

Here’s another speed sculpt for the collection, got it done faster than I expected but I guess because I have work in the morning I rushed it, anyways enjoy! Hey, looks like I’m back into my art, here’s my 2 hours of fun for tonight, enjoy. 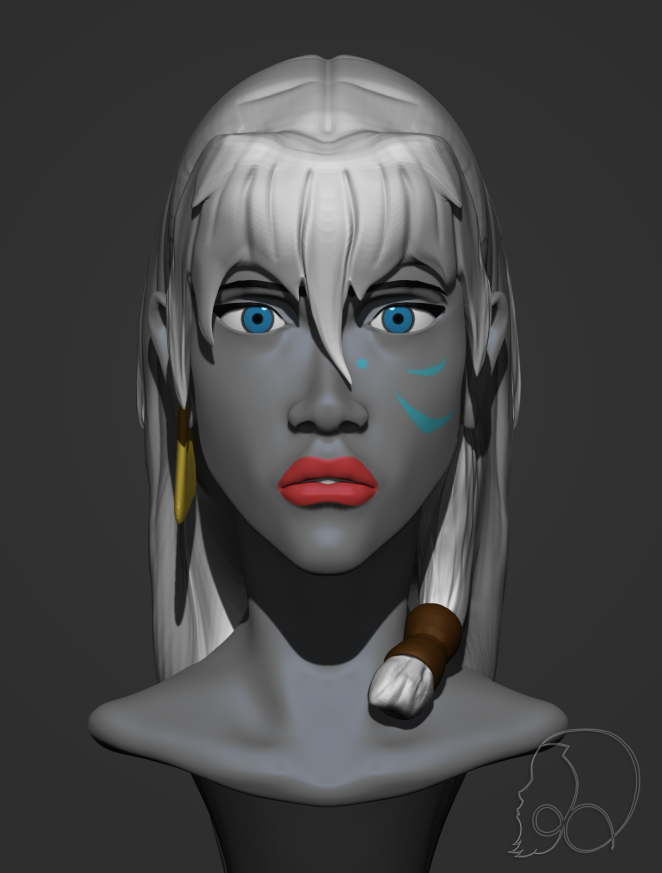 Here’s another one for the collection, Emily Ratajkowski, some may know her from the “Blurred Lines” music video, 2 hour speed sculpt of her, hope you like it. 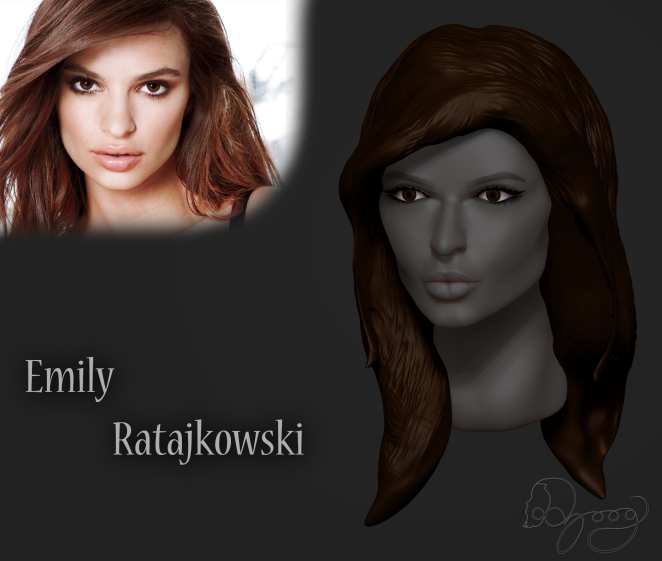 I kinda had to, after seeing my GOT Crush I had to do a speed sculpt, also need the practice for the project ahead. 1 hour 45 mins of work. Nathalie Emmanuel. Hope you all like it!

It’s about that time I got back into my art, here’s just a late night sculpt to try and refresh myself. Might be hard to figure out who they are but try if you can :p 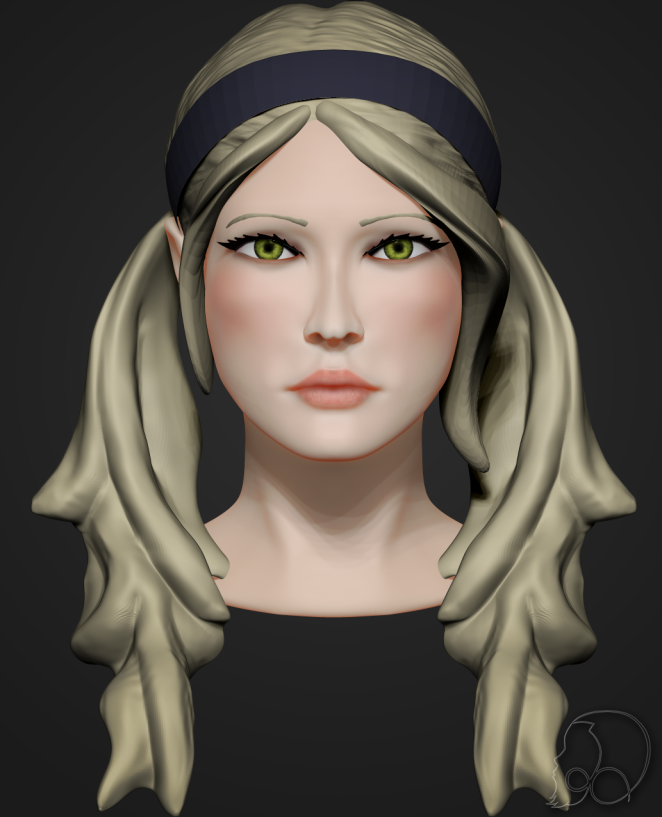 Here are some body updates for the lady, body is close to where i want it excluding the hands. 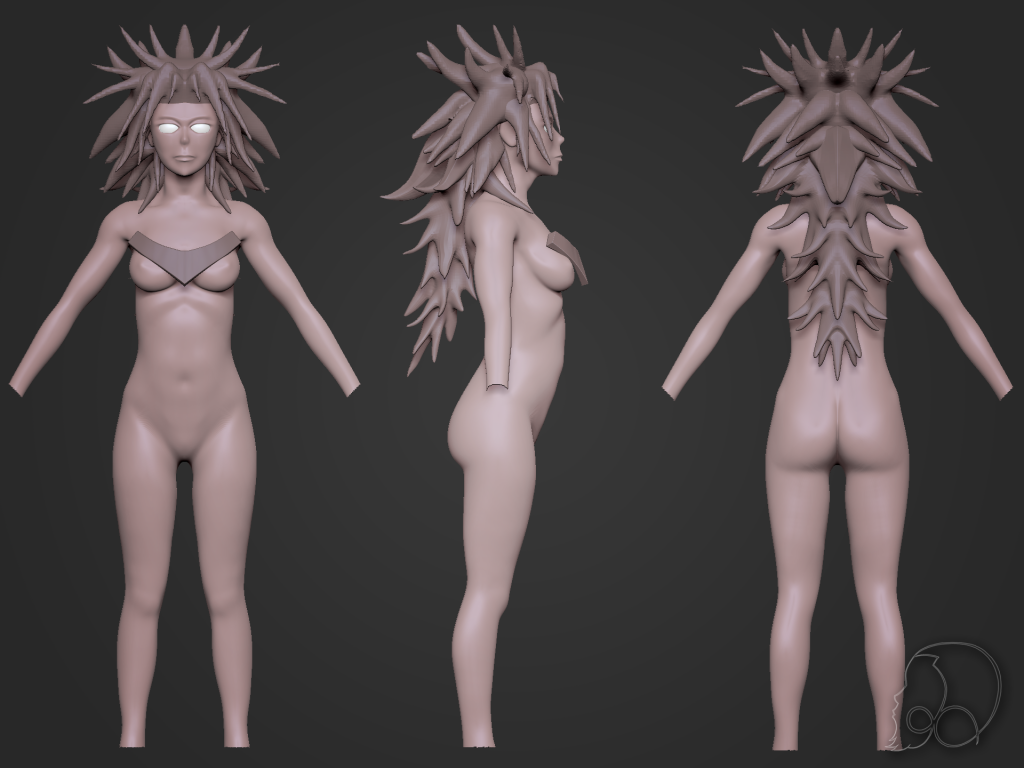 Well I’ve been stressing about doing some art for a while now and had these images up for a concept on my computer for ages now and finally sat down and started blocking it out. Going to be a quick project just to get me back into the grove of things. Everything is really rough right now but I thought I’d share my nights progress. Just started this today.

Sooo I’m back to doing art so I decided to do a speed sculpt of this concept i found in a group I’m in. About 2 or 3 hours of work.

SO being all mopey and stuff I decided to start back on some projects, here’s just an update on the Satyr piece I was working on. Still in a rough phase.

Ok, so I DID decide to touch on some work instead of finishing the show. Made some much needed changes to the face or my Original Character(Nameless).

Started the body block out, more updates later on maybe. Ok, did some major updates on her face. Might have done some thing I dont like much and may end up changing, went and added some polypaint on her to test. Still dont have a name for her. Will probably start the concepting for the clothing tomorrow after work. So I started writing this story honestly about a decade ago and got about 4 chapters in and didn’t finish it. I wanted to do an OC so I decided to work on redoing the one for the story. The original, original concept was a teen boy, Caucasian/Japanese/Alien, upon landing on earth his DNA basically mimicked whoever his primary guardians were. I later reconcepted the main characters primary race to Black/Japanese/Alien. The large Iris are traits I added later in that redesign. After that, I decided to do yet another redesign, primary race stayed the same but made the sex female.

Haven’t sculpted in a week, I feels bad. Anyways, here’s another for my Game of Thrones collection.